OceanFirst Foundation is proud to team up with the Jersey Shore BlueClaws, a High-A affiliate team of the Philadelphia Phillies organization, and Townsquare Media – 92.7 WOBM and Beach Radio 1160 & 1310 – to honor and provide support to the brave men and women who serve and protect our nation.

Through Home Runs for Heroes, financial support is provided to charities that address the emergency and basic needs of local veterans and members of the United States Armed Forces. For each home run hit at FirstEnergy Park during the season by the Jersey Shore BlueClaws, OceanFirst Foundation donates $1,000 to a designated charity and in the twelve years of the program, nearly $400,000 has been awarded to help our nation’s heroes. That’s a win!

If your organization serves members of the United States Armed Forces or Veterans and is interested in the Home Runs for Heroes Program, please reach out to us at 732-341-4676. 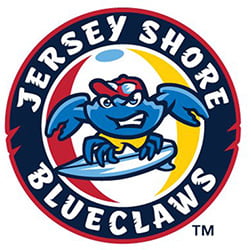 If you or your organization is seeking a grant, you’ll want to determine if your project fits within our four core priority areas: Health and Wellness, Housing, Improving Quality of Life, and Youth Development and Education. Give us a call to chat about your ideas and we’ll guide you in the right direction. Learn More